AUTARKEON is a french one-man-band, wich has started in 2011.

At first Haskel was vocalist (in various groups). Then he learns the guitar by himself. There is only one person working with Haskel, Spike. She performs mixdow and mastering, edits videos. Haskel makes everything else (composing, recording, playing the guitar, the bass guitar, singing).

Haskel prefers working alone (almost). He wanted to include all of this in the concept of autarky. The “AUTARKEON” is his own master, his own guide.

Lyrics denounce dysfunction, violence, injustice, indoctrination in the world. There are more introspective lyrics, with multiple meanings sometimes. To summarize, it’s about duality in each person.

There is a single album, available on download for free at http://lc.cx/GLM 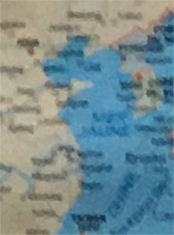